Directions:
1. Preheat the oven to 350F
2. Combine dry ingredients in a mixing bowl and mix.
3. In a microwave safe bowl, soften the dates by microwaving them for 40 secs in 1 tbsp of water. Mash them and add to mixing bowl.
4. Mix in the wet ingredients.
5. Once fully combined – put in muffins tins or greased muffin pan. Sprinkle demerra sugar (or brown sugar of choice) on top!
6. Bake for ~20-25 minutes until browning/knife comes out clean when poked through the center.

Spices are a great way to enhance flavour in your food. I recently visited New York City and had the opportunity to go to the Chelsea Market. I was so thrilled to come across this amazing spice store in the market. I mean…. only in NYC would there be a store completely dedicated to spices!! Heaven really is a place on earth. This is a photo I took walking through the Spice store…. seriously could these spices be any more photogenic?!!

Here are a four of my favourite spices and some of their nutritional benefits:

Ginger: Contains Gingerol, which is a relative of capsaicin found in chili peppers. This gives ginger it’s bite of spicy and may help boost your metabolism. Ginger in the past was used to treat many different gastrointestinal discomforts by soothing the digestive tract and aids in de-bloating your stomach. Ginger also plays a role in preventing motion sickness and nausea. Additionally, it may have a role as an anti-inflammatory. — Ginger is great to add to your stir frys and can even be added to smoothies.

Tumeric: Tumeric works as an antioxidant as it increases levels of GSH (glutathione). GSH is very important to liver function and keeping the body at equilibrium. Additionally, this antioxidant plays a role in wound healing and also contains anti-inflammatory properties.

Cayenne: Cayenne pepper is known for its heat production therefore, plays a great role in boosting metabolism. Cayenne is also known for its anti-inflammatory effects on the body, Vitamin A content, and preventing congestion/mucus build up in the body. Additionally, cayenne’s heat producing effects help to stimulate the release of buffering juices from the stomach lining to aid in the prevention of ulcer formation. 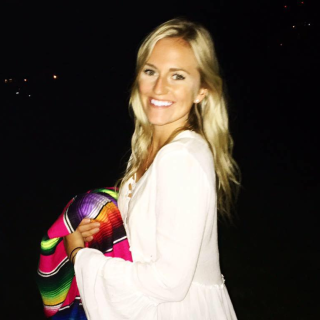 My name is Brooke Bliss. I am a yogi, traveller, and food enthusiast. I am a graduate of Western University's B.Sc. Honors Nutrition & Dietetics program and a 500-hour certified yoga teacher. I love to share my healthy, whole-food recipes, nutrition facts, yoga and lifestyle tips. Thank you for stopping by my page. Namaste :)